Tribute to Godfried from Erik Demaine

A father of the field and a father figure to many of us.  I wasn't a student of Godfried's, but while I was a student at Waterloo, Godfried invited me to visit him several times at McGill, both the Montreal and Barbados campuses.  Over the years, Godfried showed me (and everyone) a deep warmth and caring.  He also taught me a lot, from geometry and mathematics to history to music/rhythm theory.

But the biggest lesson I learned from Godfried was the importance of collaboration.  Working on math problems in group brainstorming is both way more productive and way more fun, making research into a social experience.  This lesson completely transformed and continued to shape my career (and hopefully also my own students).  Now almost all of my research happens in the group brainstorming environment that Godfried exemplified.

The epitome of this collaborative spirit was Godfried's famous Winter Workshop on Computational Geometry, which reached its 34th year this year.  I attended this workshop every year since I was 18 years old, and in recent years had the priviledge of co-organizing the workshop with Godfried.  It was great to see him one last time at the workshop this year, 20 years after my first Winter Workshop. 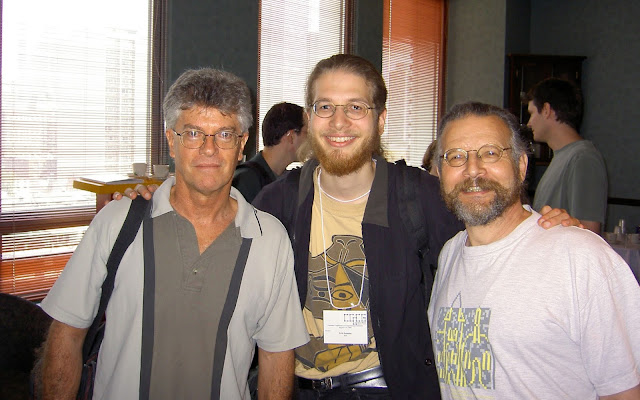