Tribute to Godfried by Vera Sacristán

Godfried was an inspiring person for me. And for the entire Spanish CG community. He enjoyed exploring new problems and finding (apparently) simple solutions for them. He strongly believed in collaboration, as he proved in many ways. His Bellairs workshops have influenced the entire CG community. Only for that we already owe a great deal to him. Not to mention his scientific contributions and his always friendly attitude. He was tolerant and passionate at the same time, a very rare combination. We will miss him very much! 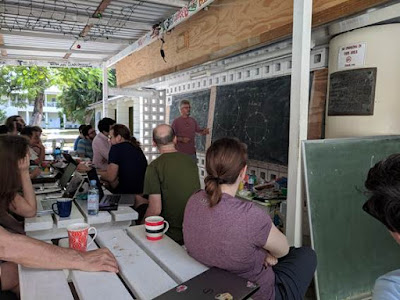 Posted by Stefan Langerman at 5:41 AM